WASHINGTON (AP) — The head of U.S. Central Command has provided some more information about the military working dog that was injured in the raid on the compound of the leader of the Islamic State group. 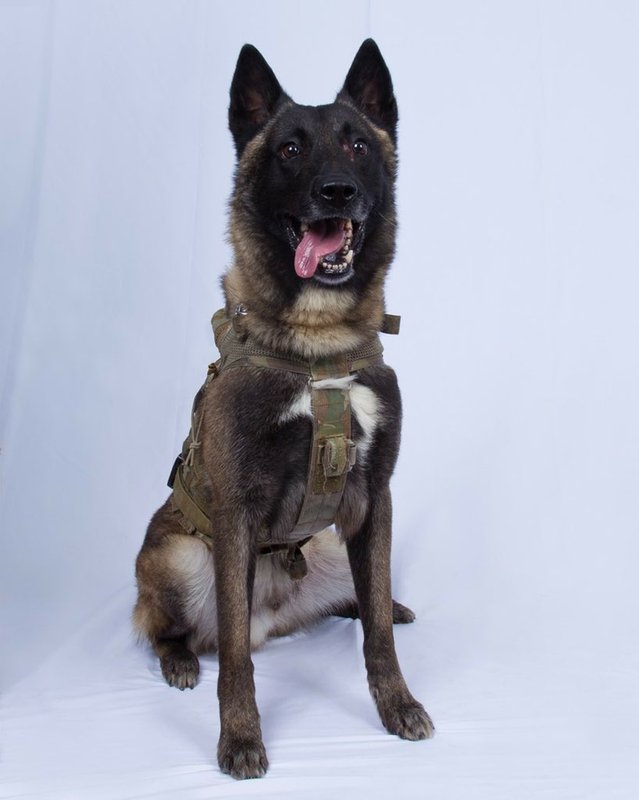 Gen. Frank McKenzie told reporters that the dog was injured when it was exposed to live electrical cables as it pursued Abu Bakr al-Baghdadi in a tunnel underneath his compound in northwestern Syria.

McKenzie said Wednesday that the dog has now returned to duty.

The dog’s name has not been released, but President Donald Trump posted a photo of the Belgian Malinois on Twitter.

We have declassified a picture of the wonderful dog (name not declassified) that did such a GREAT JOB in capturing and killing the Leader of ISIS, Abu Bakr al-Baghdadi! pic.twitter.com/PDMx9nZWvw

McKenzie said the dog has worked with special operations forces for four years and taken part in about 50 missions.

He said working dogs like this one are “critical members of our forces.”

On Wednesday, the Pentagon also released declassified video showing the raid on Abu Bakr al-Baghdadi’s compound in the Idlib province in Northwest Syria. The video was posted to the U.S. Central Command Twitter page and can be viewed below.

"…at the compound, fighters from two locations in the vicinity of the compound began firing on U.S. aircraft participating in the assault."
– Gen Frank McKenzie CDR USCENTCOM pic.twitter.com/SkrtHNDs7w