The CMPD charged 75-year-old Caldwell Cole Jr. with the murders of Janet Scronce and Furahn Morrow.

Cole was arrested after being treated for non-life-threatening injuries he sustained in the incident. 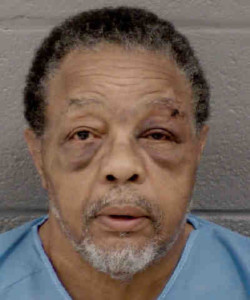 In addition to two counts of murder, Cole has been charged with two counts of assault with a deadly weapon inflicting serious injury with intent to kill.

Officials initially said three people were found suffering from gunshot wounds at the scene.  However, the CMPD issued a correction Tuesday evening saying four people were shot and two of those four victims died from their injuries.

The case is still under investigation and anyone with information is asked to call  704-432-TIPS and speak directly to a Homicide Unit Detective.  Detective Carter is the lead detective assigned to the case.  The public can also call Crime Stoppers at 704-334-1600.

Authorities say two people have been pronounced deceased after a shooting occurred on Lytham Drive.

Upon arrival, officers say they located four individuals with apparent gunshot wounds. One was pronounced deceased at the scene and another was taken to the hospital and later died.