ALBEMARLE, N.C. — A substitute teacher is being charged after acting ‘belligerent’ towards students at Albemarle Middle School, officers say.

The incident happened at the school around 11:50 a.m. as the teacher had an outburst towards the students which included calling them derogatory names.

During the outburst, the substitute school teacher also threatened mass violence toward the school, according to a news release.

The School Resource Officer was able to deescalate the situation quickly and removed the teacher from the school campus before anyone was physically assaulted.

After all school children were confirmed to be safe, warrants were issued for 43-year-old Khadija Nina Wilkins, who was identified as the suspect, police say. 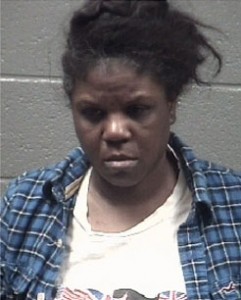 Wilkins was arrested later that evening and charged with Felony Mass Violence on Education Property and Misdemeanor Disorderly Conduct in a Public Building, according to a news release.