DAVIDSON, N.C. — Federal prosecutors say a North Carolina nail salon owner was convicted of forcing labor from one of her workers.

A news release Friday from the Charlotte-based U.S. Attorney’s Office said that Thuy Tien Luong, 37, was convicted of forced labor of a nail technician at her Davidson salon, which is a felony. 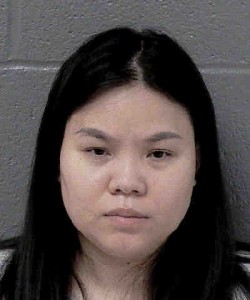 The news release said that evidence showed Luong forced labor from the victim from 2016 to 2018 through assaults, threats to ruin her reputation and claiming the victim owed her a debt of $180,000.

“Luong often treated the victim in a humiliating and demeaning fashion, all while having her work 10 hours a day for 6 to 7 days a week,” prosecutors said in the release.

The victim feared Luong but finally reported her to local authorities after what prosecutors described as a particularly violent beating in 2018, according to the release.

A sentencing date has not been set. Luong faces a maximum sentence of 20 years in prison.