ROCK HILL, S.C. — A 19-year-old man has been charged with reckless homicide after a three-vehicle crash in Rock Hill Saturday night that left two people dead and another seriously injured.

The crash happened around 8:30 p.m. on Celanese Road near Woodcrest Circle.

Rock Hill officers responded to the collision and upon arrival located the three vehicles that were involved: an Infiniti Q50, a Nissan Pathfinder and a Chevrolet Equinox.

During the investigation, it was determined the Infiniti was recklessly driven by Justin Valdez. Police say Valdez lost control of the vehicle and crossed into oncoming traffic, hitting the  Equinox. Valdez’s car was then struck by the Pathfinder. 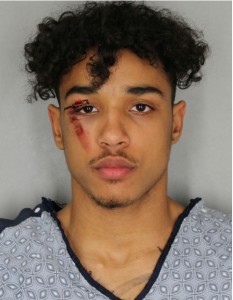 According to Rock Hill Police, the 18-year-old woman in Valdez’s vehicle suffered serious injury and is in critical but stable condition.

Dr. Donald Hewetson, a Chiropractor, and his wife Teresa were killed in the crash.

Valdez suffered minor injuries in the collision and was transported to Piedmont Medical Center. Police said, after being treated, Valdez was arrested and charged with reckless homicide.

According to police, Valdez was served a second warrant for reckless homicide after the death of the Donald Hewetson.

Breakdown Of Nominees For The 26th Critics' Choice Awards