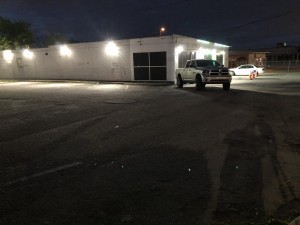 CHARLOTTE, N.C. — A 25-year-old was fatally shot in west Charlotte Wednesday night sparking a homicide investigation, according to the Charlotte-Mecklenburg Police Department.

#CMPD has been on the scene of two separate homicide investigations after two people were killed in shootings in Charlotte. The first on Wilkinson Blvd, the second at the Sleep Inn on N. Tryon Street. #WCCB pic.twitter.com/6TMffaIoKY

Officers responded to Wilkinson Boulevard around 11:40 p.m. after a report of an assault with a deadly weapon. Upon arrival, they located a man suffering from a gunshot wound.  The victim, identified as Demontravis Davonte Reid, was pronounced dead at the scene by medic.