Charlotte police are asking for the public’s help locating a man accused of fatally shooting a 34-year-old at a north Charlotte hookah lounge early Saturday morning.

Through an investigation, officers identified 33-year-old Cordero Ardrey as a suspect in the murder case of Horace Mccorey. A warrant for murder has been issued for his arrest. 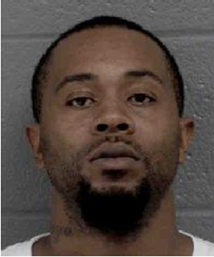 “Ardrey should be considered armed and dangerous,” according to police.

Anyone who sees Ardrey or knows his whereabouts is asked to call 9-1-1, immediately.

CHARLOTTE, N.C. — Charlotte-Mecklenburg detectives are investigating a homicide after a man was fatally shot at a hookah lounge in north Charlotte early Saturday morning.

Police say around 4 a.m. on June 12th, the man was shot at Mooney’s Lounge on N. Graham Street.

The victim struck the CFD fire station door, when firefighters came out and immediately started giving him treatment, according to a news release.

Homicide Unit detectives responded to the scene shortly after to begin conducting an investigation and to collect evidence.

Police ask anyone with more information to call 704-432-TIPS to speak directly to a Homicide Unit detective or leave a tip anonymously with Crime Stoppers at 704-334-1600 or http://charlottecrimestoppers.com/.

9PM: Whose Line Is It Anyway? With Guest Charles Esten