CHARLOTTE, N.C. — The Art of Banksy “Without Limits” street art exhibition is heading to Charlotte this upcoming February.

The exhibition will feature over 130 verified art works, from original photos, sculptures, and more, from the artist who chooses to remain unknown.

Some of Banksy’s works will be reproduced with a stencil technique and there will be a video documentary explaining the life and work of the artist at the exhibit.

Banksy is known around the world for his graffiti art, that is often copied or serves as inspiration for new artists (as seen in photo examples above).

The British artist is suspected to be in his 40’s, and till this day he refuses to be interviewed in-person and carefully maintains his anonymity.

Banksy’s artwork often shows striking images combined with a few words, and he is known to engage with political themes, critiquing war, capitalism, hypocrisy, and greed.

During the pandemic, Banksy continued making art and showed his support for the Black Lives Matter movement with an art piece he posted to Instagram. 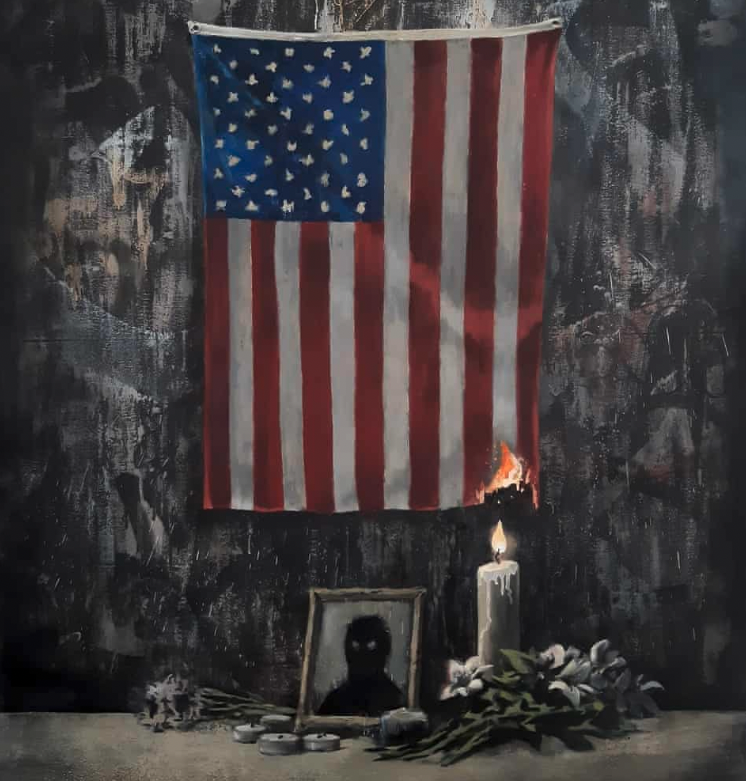 An American flag being lit on fire is shown next to a framed portrait of a black silhouette in the art piece.

Banksy says “At first I thought I should just shut up and listen to black people about this issue. But why would I do that? It’s not their problem. It’s mine. “

Banksy explained people of color are being failed by the system. The white system. And this faulty system is making their life miserable.

“This is a white problem. And if white people don’t fix it, someone will have to come upstairs and kick the door in,” says Banksy.