Police say man is facing attempted murder charges after he fled from law enforcement following a shooting in Rock Hill.

Chandler Ward, 20, was taken to the Rock Hill Jail and served with warrants for Attempted Murder, Possession of a Weapon During a Crime of Violence, and Assault, and Battery by Mob, according to Rock Hill Police. 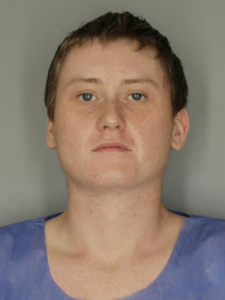 Detectives say Ward was denied bond during his hearing and has been released into custody of the South Carolina Highway Patrol for charges pending with their agency.

ROCK HILL, S.C. — Two men are in the hospital after they shot a man, ran from police, and crashed into two cars.

Rock Hill Police found a 28-year-old man shot at a house on Marshall Street just after 4 a.m. on March 6th.

Chandler Ward, 20, and Daryl Trabucco, 28, both of Rock Hill, got into a physical fight with the 28-year-old victim.

Ward and Trabucco beat the victim with their fists and a flashlight before shooting him.

When police arrived, they found that the victim had a serious, but not life-threating, gunshot wound to his side. Medics took the man to the hospital.

The suspects then ran from the police and drove off in a black Audi.

On Walnut Street, the driver of the Audi, Ward, struck a parked Honda on the opposite side of the road. As a result, the Honda was forced back and hit a parked Toyota with two people in it.

A 41-year-old man was standing by the Toyota and was seriously injured after being hit by the cars. This man and the two individuals in the Toyota were also taken to the hospital.

Both Ward and Trabucco unsuccessfully tried to escape after crashing into the two cars, and were taken to Piedmont Medical Center for their injuries.

Warren was issued warrants for Assault and Battery by Mob 2nd Degree, Attempted Murder, and Possession of a Weapon During a Violent Crime.

Trabucco was issued a warrant for Assault and Battery by Mob 2nd Degree.

Both men will be arrested and served with their warrants after their release from the hospital.