MINT HILL, N.C. — A 55-year-old Mint Hill man was arrested at his home on Thursday on warrants for 29 separate felony counts of 2nd Degree Sexual Exploitation of a Minor.

Police say these charges against Craig Spiesman stem from images and videos found on multiple of his electronic storage devices. 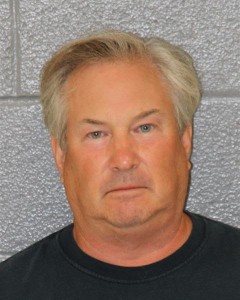 Investigators say there is no evidence Spiesman had direct physical contact with children.

The 29 warrants were obtained as a result of a 16-month investigation involving the Mint Hill Police Department and Homeland Security Investigations, Charlotte Field Office, according to a news release.

The Mint Hill Police Internet Crimes Against Children (ICAC) Task Force along with the NC SBI ICAC are vigilant and committed to safeguarding and protecting our communities’ children and youth from those with criminal intent or motives.

Parents are reminded to be vigilant in monitoring their children’s internet activity as well as, all of their electronic devices.