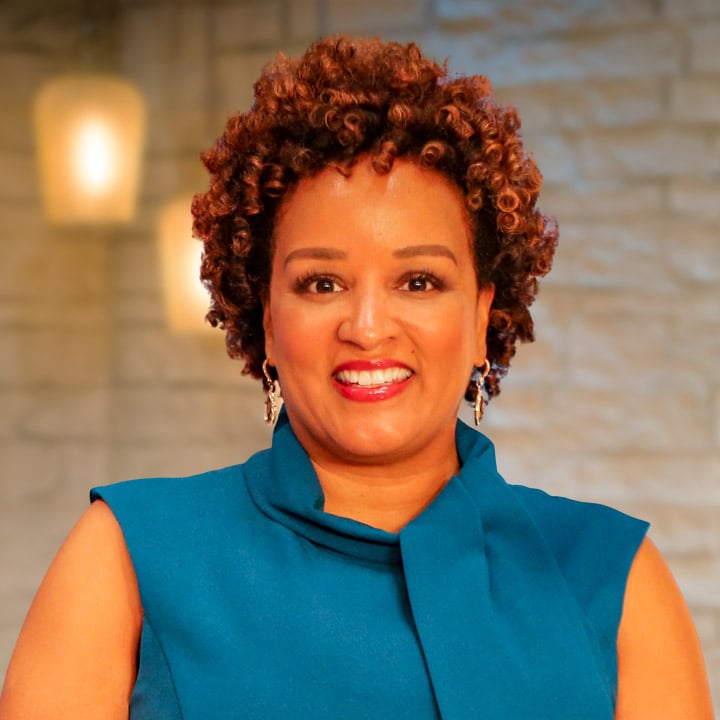 A true “Carolina” girl, Laresa Thompson was raised in Greensboro then earned a bachelor’s degree in Broadcast News from NC A&T State University. The Piedmont is where she considers home.

Newly named Morning Co-Host on Bahakel Communications’ WCCB-TV in Charlotte, Laresa’s role on Rising can be viewed weekdays from 4:30 a.m. to 9 a.m. She began serving as a contributing anchor and traffic reporter for the show in August 2018.

Laresa’s no stranger to a newsroom having been part of the news efforts at several television stations in North Carolina where her titles included assignment desk editor, associate producer, special projects producer and news producer. She was also an on-air radio personality at 102 JAMZ in Greensboro.

After stepping out of the broadcast industry, Laresa focused her energy in the public relations area, earning a top performing North Carolina amusement park and FORTUNE® 50 home improvement company gain local and national attention. Her efforts were seen on NBC Nightly News, the Today Show and the Steve Harvey Show. She’s also had the pleasure of working with celebrity clients such as gospel great Yolanda Adams, and Grammy-award winning R&B singer Anthony Hamilton.

An active community member, Laresa has emceed numerous annual events including the Juneteenth Festival in Rock Hill. She was also featured in two Style Blueprint articles: “FACES of Charlotte” and “The Morning Routines of 11 Successful Charlotte Women“. Radio One also recognized her as one of the Top Women of Excellence in 2016.

Now she’s back in news and ready to help viewers stay in the know! Feel free reach out to Laresa on her social media pages or by emailing her at lthompson@wccbcharlotte.com.

NASCAR driver Ryan Newman, who survived a horrific crash at the Daytona 500 race, said he will be returning to the racetrack at some point.

Black Fathers Rock! is an annual Black History Month celebration for fathers who are trailblazers in the community. The creator of the event is WCCB's co-host of "Trending" Ryan Jor El.

Joe Biden hopes South Carolina can save his campaign. But after Bernie Sanders' big win in Nevada, is there any stopping his momentum? The Democratic Socialist is gaining ground in the Palmetto State, as moderate democrats fight to see who can emerge as a challenger to Sanders.

D1 Training in Indian Land is a facility open for all ages to get bigger, faster and stronger.

Missing 71-year-old Willie Gillespie Jr. has been located and reunited with his family.

This week, you can weigh-in on Duke Energy's plan to excavate coal ash from sites in our area.

Trump Express Optimism For US Peace Deal With Taliban

President Donald Trump said Sunday he’s ready to sign a peace deal with the Taliban in Afghanistan if a temporary truce holds in America’s longest war. “Time to come home,” he said.

The couch crew discuss the top news of the week including the highly anticipated 'Friends' reunion on WCCBCharlotte.com.

Baseball Hall of Famer Gaylord Perry is among seven named to the South Carolina Athletic Hall of Fame.

Nearly two months after a U.S. Army rapid-response force was activated amid tensions with Iran, instantly deploying 3,000 soldiers to the Middle East, some are returning home.