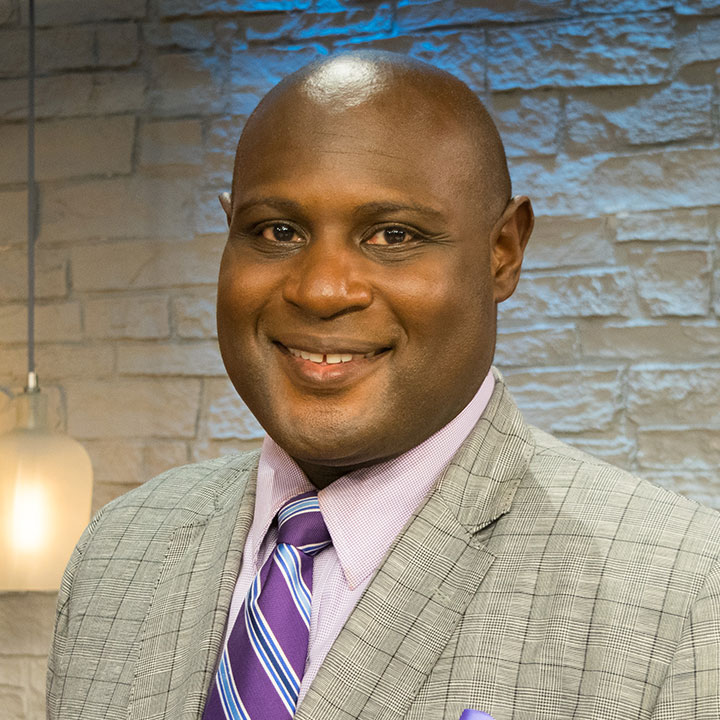 Terrance Bates started at WCCB Charlotte the day the Democratic National Committee announced it was bringing the 2012 convention to the Queen City. He immediately jumped into action and hasn’t slowed down since. He comes to WCCB Charlotte from the ABC affiliate in Memphis, TN. Before that he spent stints in Evansville, IN, Richmond, VA, Augusta, GA and Longview, TX.

Terrance is a veteran anchor and reporter. During his career he has covered President George H.W. Bush, President Bill Clinton and President George W. Bush. In fact, he covered the opening of Bill Clinton’s Presidential Library in Little Rock, AR, which was attended by all of the living former and incumbent Commanders in Chief. While Terrance has definitely covered his share of political stories, he enjoys doing stories on array of topics. He believes everyone has a story, the challenge for every reporter is figuring out what that story is and how to best share it with the public.

In his free time Terrance hangs out with his wife and two little girls. YES, they have him wrapped around their respective fingers. He’s also an avid soccer fan, and still plays. Unfortunately, his age limits his body from making certain moves his mind dreams up. In those cases, he fondly recounts the days of old when he was trying to be like Pele, awing crowds around the world.

The aforementioned “around the world” reference isn’t an exaggeration. Terrance grew up in Germany, with his parents who were both educators there. As a kid he attended German Kindergarten, where he learned German. He still speaks fluently and has added some French to his language repertoire. During his time in Germany, Terrance also played competitive soccer. He has played in what is now the Czech Republic, as well as Turkey and France. However, his most memorable soccer moment was playing against his all-time favorite team, Bayern Munich. Despite a 9-1 loss, it was still one of his most enjoyable games.

After leaving Germany, Terrance attended the University of Maryland where he double majored in Broadcast Journalism and German. He remains one of the biggest Terrapin fans out there, but is very quickly becoming a fan of all things Charlotte. If you ever have a story you’d like covered or if you just want to chat, feel free to give Terrance a call at (704)632-7525. SEE YOU ON TV!

CHARLOTTE, NC --  You and your kids will probably head to the pool at some point this summer. We checked around to see just how clean and safe your neighborhood or community pool is. In Mecklenburg county seasonal pools have…

Getting Ready for the 22nd AIDS Walk Charlotte

The 22nd annual AIDS Walk Charlotte goes down this weekend, and we've got what you need to know

Dr. Clayton Wilcox stopped by the Rising studio to talk about charter schools, HB514 and the budget

Talking with the US Air Force Heritage of America Band

CHARLOTTE, N.C. - The United States Air Force Heritage of America band has a rich history of inspiring hearts and minds, building and sustaining…

CHARLOTTE, N.C. - Charlotte is getting closer to its goal of building 5,000 affordable housing units by the end of 2019.. but that won't be enough…

CHARLOTTE, N.C. - Tonight, the Charlotte-Mecklenburg school board will meet for the first time since the release of a new report which finds race and poverty are significant…

CHARLOTTE, N.C. - Keeping your kids safe in school seems to be what everyone is talking about in the car pool line and at the bus stops these…

CHARLOTTE, N.C. – As we celebrate Black History Month, WCCB Charlotte is highlighting people who are making a mark in our community today. Bree Newsome…

CHARLOTTE, N.C. – As we celebrate Black History Month, WCCB Charlotte is highlighting people who are making a mark in our community today. The #MeToo…