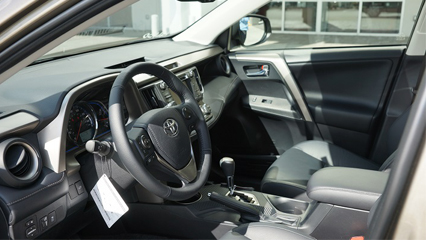 Getting a vehicle for the first time? You can find an incredible selection of affordable and stylish vehicles at our N Charlotte Toyota dealership. In fact, new Toyota near Charlotte have been praised and recommended to be some of the best choices when it comes to first-time buyers finding a new car to take home. AutoTrader took a close look at the options Toyota produces, along with vehicles produced other automaker brands, and picked out top ten choices for first-time buyers based on factors such as:

After all was said and done, two vehicles in particular stood out: the 2014 Toyota Corolla and 2014 Toyota RAV4!

The N Charlotte Toyota RAV4 received a new style for the 2013 model-year, and its new style and updates can still be seen on the 2014 model. The 2014 Toyota Corolla has also gotten a whole new look, and its exhibited on the 2014 model-year! What are some features that makes these vehicles stellar choices?

New Toyota in N Charlotte meet a variety of needs!

If you need a flexible and versatile vehicle that won’t hurt your budget, but will also take care of all your transportation needs, then these two options can make a great starting point. Stylish and sleek, but still spacious and affordable, these new Toyota are great choices for drivers to consider – especially if they’re looking for a vehicle that is not just budget-friendly, but also dependable and will last a while. Either one of these options will easily be able to get the job done.

Want to start looking for a new ride? We can help you locate what you’re looking for! Our dealership is easy to get to since we’re located just off of I-77 at 13429 Statesville Rd. If you have any questions that need to be answered beforehand, just contact our Internet Sales Team at (888) 883-3797.