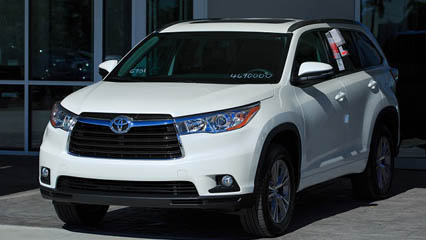 Like we said, the 2014 Toyota Highlander in N Charlotte has been given a complete remodel inside and out! Now, this new Toyota is sleeker and more refined than ever before. This proves you don’t have to give up style to have a family-friendly ride. Some of the features that make this new Toyota so stylish include:

Get family-friendly features in this new Toyota near Charlotte

This new Toyota in N Charlotte has so much more to offer than just style. You’ll get the space, versatility and safety you need to make the 2014 Toyota Highlander the perfect ride for the whole family!

Visit Toyota of N Charlotte today to check out the 2014 Toyota Highlander in person and get behind the wheel with a test drive! We’re located at 13429 Statesville Rd. in Huntersville. Don’t hesitate to contact our Internet Sale Team at (888) 883-3797 for more information. We’d love to hear from you!