Should you buy a new Toyota or used car near Charlotte? 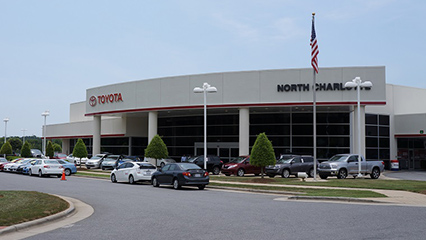 When trying to decide whether or not to buy a used car or new Toyota near Charlotte, there are a lot of different factors to consider. Many drivers are often tempted to get a used car because they think it will be better suited to their budget. However, did you know that in many cases it’s actually more cost-effective to get a new car? Toyota of N Charlotte has the scoop right here!

Why opt to get a new Toyota in N Charlotte?

There are many perks to getting a new car, and a lot of budget-friendly ways to drive home in one too! Did you know that it’s possible to buy or a lease a new car? For drivers who are concerned about their budget, but also want to drive home in one of the newest model-years, opting to lease a new vehicle instead of choosing to buy one is just one way to get the new Toyota in N Charlotte you want without having to compromise your budget. According to new research by Edmunds.com, apparently getting a new car is also extremely budget-friendly even if you opt to purchase it outright!

Since finance rates can be higher on a used car versus a new, many popular new cars are actually able to be brought home for a price that’s less expensive versus choosing to get the same model that’s pre-owned and one year older. Some new Toyota that Edmunds found could be actually cheaper to own include the:

These are only a few of the new cars that can be exceptionally budget-friendly. Clearly, no matter what the style preference of a driver may be, it can easily be met in this these vehicles!

Decide between a new or used car

When trying to pick and choose between a new Toyota or a used car near Charlotte, there are a lot of different factors besides price that should be thought of. For instance, if you want access to certain capabilities, or if having a warranty is important to you, then opting to get a new vehicle might be the better choice. On the other hand, sometimes getting a used car is better because the specific model you’re  interested in is no longer produced.

Whatever your preferences are, our team members are here to help answer any questions you may have and help you find the vehicle that’s right for you! Feel free to stop by our location at 13429 Statesville Road to check out the new and used cars we have on our lot. You can also contact our Internet Sales Team ahead of time at (888) 883-3797 to ask any questions you may have, or to set up a test-driving appointment!