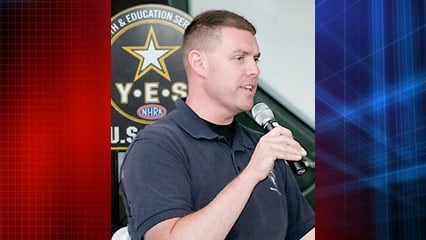 CHARLOTTE, N.C. — Detectives say they arrested a CMPD officer for secretly using a camera to take photos of minors.

The charges stem from an administrative and criminal investigation which began in October of 2013.  The investigation revealed that Officer Thomas E. Allen photographed four images of juvenile females as they participated at various activities during two CMPD High School Academy events in 2011 and 2013.

Allen is accused of taking photos through the victims clothing during physical training that captured portions of their undergarments without their consent.

Allen has been cited for termination.  He was hired by CMPD on March 27, 1996 and was last assigned to the Recruiting Division of the Police Training Academy.

Detectives are working to interview the approximately 700 people who participated in youth programs that Allen directly associated with during his career.

Detectives have attempted to contact more than 400 of those individuals and have formally interviewed nearly 180 to date to determine if any inappropriate contact occurred during his employment.

There have been no reported allegations of inappropriate contact at this time. This is an active investigation and detectives still have several hundred additional individuals they will interview.

The CMPD is urging anyone in the public who may have additional information concerning these or any other incidents to call a devoted phone line that was established specifically for this case.  They may speak to lead Detective Dunbar at 704.619.4931