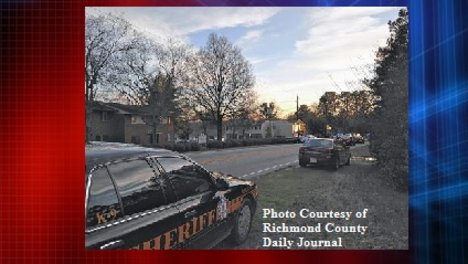 ROCKINGHAM, N.C. — Police have identified two women that were shot in Rockingham as Melissa Taylor and Teresa Best.

According to Rockingham Police, they received a call around 4:38 p.m. on Friday in regards to a shooting at an apartment complex on Cauthen Drive. Both women were found suffering from multiple gunshot wounds and were transported to First Health Richmond Memorial. They later were airlifted to Carolinas Medical Center.

Taquan McDonald was arrested and has been charged with two counts of assault with a deadly weapon with intent to kill inflicting serious injury, discharging a barreled weapon into occupied property, and possession of a firearm by a convicted felon. McDonald is in the Richmond County Jail under a $201,000.00 bond.