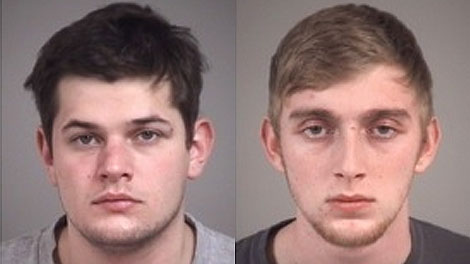 One of the suspects was treated for having a gunshot wound in his leg.

Police were able to take Kristopher Welch and Andrew Calamari into custody.

The homeowner was assaulted during the incident and had to get staples in the back of his head.  The suspects are facing several felony charges.