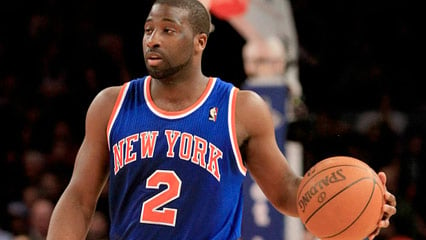 Reports claim the former Tar Heels standout is accused of pointing a gun at a woman, who is believed to be his girlfriend.

Felton has been charged with two felonies and a misdemeanor.  Felton left the Bobcats for the New York Knicks after the 2010 season.