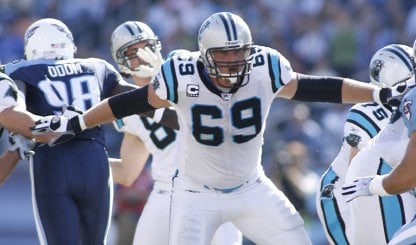 CHARLOTTE, N.C. — Carolina Panthers offensive tackle Jordan Gross will retire after 11 seasons in the NFL, according to a Panthers’ team source.

The official announcement will be made during a news conference Wednesday.

Gross is a three-time Pro Bowler.  He played in one Super Bowl during his career.  He was the eighth overall pick in the 2003 NFL Draft.