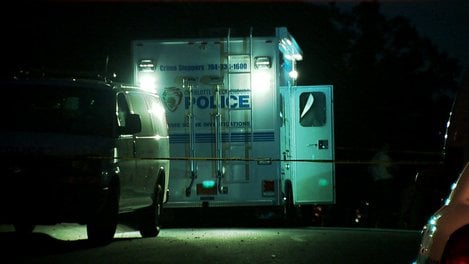 CHARLOTTE, N.C. — Police are conducting a homicide investigation on Northgate Trail drive in northeast Charlotte. Authorities say they received an assault with a deadly weapon call around 6:31 p.m. When they arrived on scene, they found multiple shell casings but were not able to locate the victim.

A short time later Carolinas Medical Center University contacted police that a gunshot victim had arrived at the hospital. The victim later died as a result of the shooting.

Police say a second victim was also physically assaulted and sustained non-life threatening injuries. He was treated and released by Medic.

No arrests have been made at this time.Detectives are canvassing the neighborhood to determine whether there are any witnesses to this incident. Anyone with information about this incident is asked to call 704-432-TIPS and speak directly to a Homicide Unit Detective.  Detective Jones is the lead detective assigned to the case. The public can also call Crime Stoppers at 704-334-1600.