Mooresville Walmart Evacuated Due To Threat 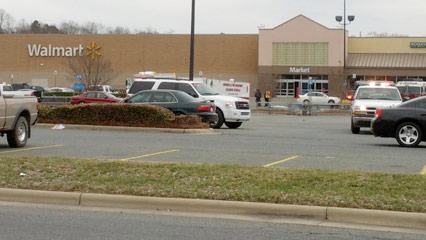 UPDATE:  Walmart has been reopened.  Nothing was located during the search.

MOORESVILLE, N.C. — A Mooresville Walmart has been evacuated after someone called in a threat to release chemicals inside the store.

A Hazardous Materials team from the Mooresville Fire Department was called to the store near I-77 and NC 150 around 8:30 Wednesday morning.

Mooresville Police say the store was evacuated and closed as a precaution, and they are searching the store for any possible hazards.  So far, nothing has been found and no one has been hurt.