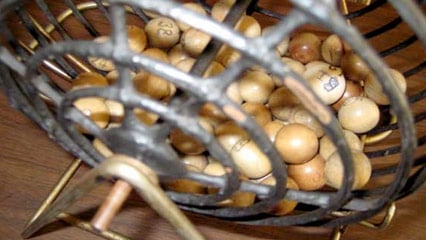 SALISBURY, N.C. — A man has been cited for operating an illegal gambling business in Salisbury.  Deputies say they executed a search warrant at a business on Hader Street after receiving complaints from citizens.

Investigators seized numerous ticket and ticket boards, as well as $593.  Laurence Beauchamp has been charged with operating a game of chance and possession of numbers tickets.

Beauchamp was arrested in 2010 for operating a similar business across the street from his current business.  During that search, deputies seized over $5,000 in cash and numerous ticket and ticket boards.  He pled guilty in that case to operating a lottery.