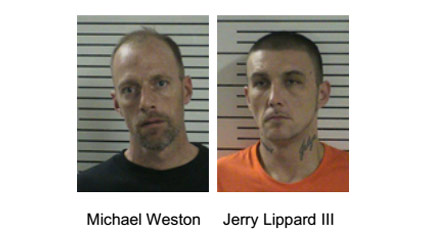 IREDELL COUNTY, N.C. — A traffic stop led to two people being arrested after used syringes and drugs were located in the vehicle.

Deputies stopped a car on Salisbury Road for having a tag that belonged to another vehicle.  The driver, Michael Weston, did not have a valid drivers license.

When the deputy asked him to exit the vehicle, Weston was seen trying to hide a syringe.  Weston was placed under arrest and charged with possession of drug paraphernalia, driving while license revoked and displaying a fictitious tag.

Police also found numerous used syringes and a plastic wrapper that contained what appeared to be crystal meth residue inside the car.