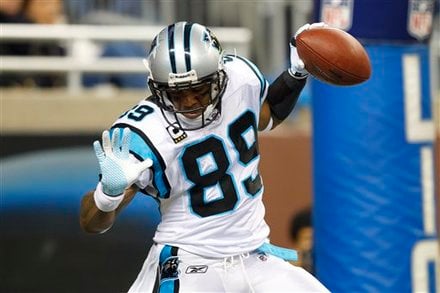 This move happens after weeks of speculation that the team will look to trade or cut the wide receiver.

Several media reports claim the Panthers are attempting to trade Smith.  However, NFL Media insider Ian Rapoport says a trade is unlikely since Smith has a $7M cap and is 34-years-old.

The team has not released anything official at this time in regards to Smith’s status with the team.

They did say they removed his jersey to add Sr. to the end of his name.  Smith and his wife are expecting a baby.  With this announcement, we can assume he will name the child Steve Smith, Jr.