Steve Smith Speaks Out About His Future 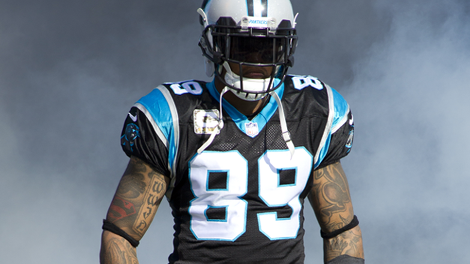 CHARLOTTE, N.C.–Steve Smith’s career with the Carolina Panthers has come to an end. He took to Twitter to say goodbye: “I will always be a Carolina panther No contract can ever change that CLT is my home and will always be my home… I love you #panthernation.”
“NFL these days, there’s not much loyalty, but hopefully he’ll get something worked out. But I would have liked to see him here,” said Huntersville Resident Lillard Combs.
The 34-year-old wide receiver is a 13-year veteran of the Panthers. From domestic violence to school supplies, Steve Smith is one of the most generous members of the team when it comes to charitable work in the Charlotte area. “He’s been a lifetime Panther. It’s sad to see him go. I was hoping he would retire a Panther,” said Mooresville Resident Brock White.
He’s a fan favorite for being quite the character. After all, he had these words for New England’s Patriot Cornerback Aqib Talib following a thrilling Panther victory last season, “I don’t know… you’ll have to ask him because he didn’t finish the game. Ice up son, Ice up!”
And even though he may have punched out two of his own teammates during his career, Panthers fans love him and have begun mourning the loss. “We’ll keep pounding… I don’t know about ‘ice up son’, but we’ll try to do what we can,” said Mooresville Resident Kelsey White.
Smith’s agent Derrick Fox told the Associated Press that Smith isn’t going to play for the Panthers next year. He just doesn’t know when that transaction is going to take place.