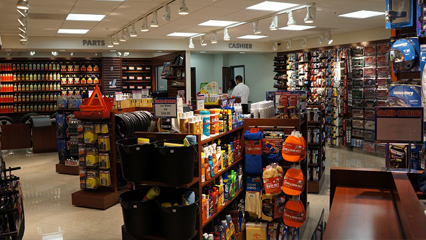 Do you enjoy customizing your new Toyota in N Charlotte so that it not only has the features you want, but also delivers the type of performance you enjoy? If so, then you’re probably interested in the new Toyota TRD that are supposed to become available as early as fall 2014!

Toyota Racing Development (TRD) is the in-house tune shop for Toyota racing teams, but they don’t cater to just race car drivers. They also produce parts and accessories for consumers to enjoy! Whether you love to take your new Toyota off-road or prefer to speed down the highway, TRD helps makes sure you get the kind of driving experience you want every time you slide behind the wheel!

Change your ride and driving experience with Toyota Racing Development!

Toyota Racing Development has been around ever since 1979, and they’ve helped deliver important tools and parts that are necessary for racing success! Some of the victories TRD has helped Toyota win over the years include the Indy Car, Baja 500, desert off-road races, USAC, NASCAR, Grand Am Sports Car racing and even more!

Some of the more note-worthy achievements Toyota has gathered over years, thanks to Toyota Racing Development, include:

This is just a small sample of how the Toyota Racing Development has contributed to Toyota’s motorsports successes!

Customize your new Toyota or new Scion near Charlotte with TRD parts!

You don’t have to own a racecar or be a part of a racing team if you want access to TRD parts and accessories, though. Did you know that we sell genuine new Toyota parts in N Charlotte and other accessories right here at our location? Whether you’re looking to change the style of your current ride or just want to make a few performance adjustments, we’re here to help you out and help you find what you need!

Some of the high-quality parts and accessories that are available for drivers to choose from include:

These are just a few of the parts and features that are available for drivers to explore and take home, too. Whether you have a new Toyota or new Scion in N Charlotte, there are plenty of accessories and auto parts to pick from that can help you get the style and performance you want your car to have!

Along with selling new auto parts, we also have a Toyota Service Center at our N Charlotte Toyota dealership and more than one incredible new Toyota and used car for drivers to check out! Whether you’re looking for a new ride to enjoy, or want to customize the one you have, you can find what you’re looking for with us. Give us a call at (888) 883-3797 to find out more!