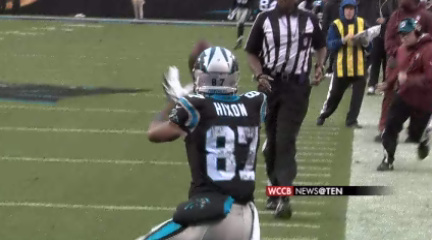 CHARLOTTE,NC–Someone is going to have to catch touchdown passes from Cam Newton next season.

You can cross Dominiek Hixon and Ted Ginn off the list because Ginn has reportedly signed a three year contract with the Cardinals worth almost $10M.

Hixon has signed a one year deal with the Bears.