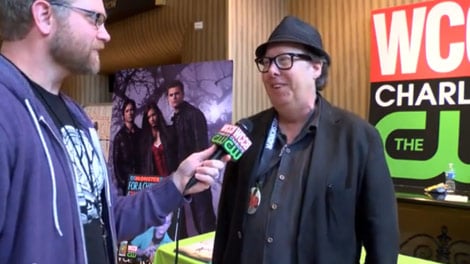 CHARLOTTE, N.C.– The original Toxic Avenger, Mark Torgl, chats to Robert Wilder about his latest project, the mockumentary “Toxic TuTu”- the almost true story of what became of The Toxic Avenger’s “Melvin The Mop Boy” Mark Torgl! The truth you need to know about the cult classic horror film and how Charlotte played a key role in it’s making.

An exclusive trailer, just for the Charlotte Mad Monster Party was screened at the convention and now you can see it below, introduced by Mark Torgl himself!

For more information on Toxic TuTu, head over to toxictutu.com and go to indiegogo.com for Mark’s ToxicTutu crowd funding page and help fund the film’s final scenes.