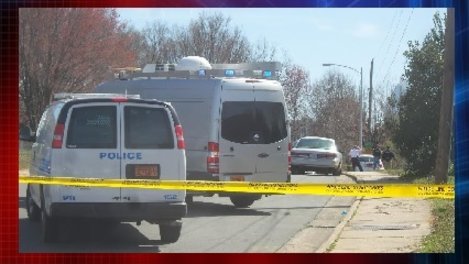 CHARLOTTE, N.C. — Homicide detectives are on the scene of a deadly shooting on Whisnant Street in north Charlotte. According to Charlotte-Mecklenburg Police Department, they responded to a shots fired call around 2:37 p.m. on Monday.

When detectives arrived on scene, they found a man suffering from a gunshot wound. The victim was transported to Carolinas Medical Center where he later died.  Police have not released the name of the victim.

Authorities believe that the victim and suspects knew each other and this was not a random act of violence.

There is no word yet if there are any suspects in custody.