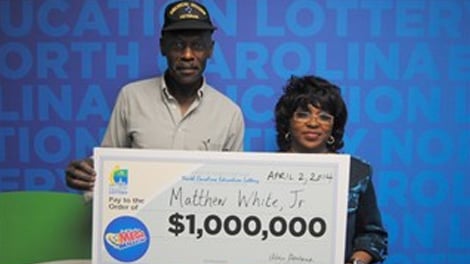 White says he purchased the ticket at the Fuel Mart on West Boulevard in Charlotte, “this is a blessing,” he said. “I never had any idea this would happen to us.”

After White called his wife, the two headed to Raleigh to cash in their $692,000 after taxes.

The couple says they will use the money to pay off bills, go on more fishing trips and even plan a trip to San Diego.