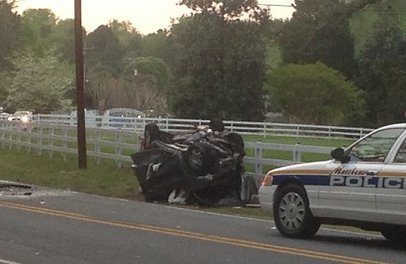 MATTHEWS, N.C. — Police are asking motorists to seek an alternate route after a two-car crash on Idlewild Road has the road shut down. MEDIC confirms two people were seriously injured and transported to Carolinas Medical Center just after 6 p.m.

Matthews Police say they received a call about an erratic driver in the area shortly before the accident. Police believe that two other scenes are related to the crash on Idlewild.

The road is shut down from the east side of the Idlewild Park entrance to Rice Road in both directions.

We have a crew at the scene and will bring you the latest as details become available.