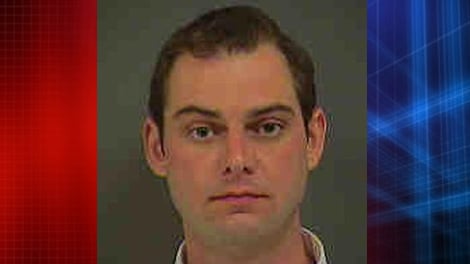 CHARLOTTE,NC–Police have arrested a Matthews man who reportedly caused a series of four wrecks Tuesday evening on Idlewild road.

Reports say the crazed joyride started around 6:15pm Tuesday evening when Lawing, driving a 2003 Audi, rear ended a 62-year-old man in a Lincoln while sitting in traffic.

The driver of the Lincoln said after the impact the Audi turned around and headed westbound on Idlewild road.

After hitting two more vehicles, a few minutes later, police say, Lawing’s drunk joyride came to an end after he lost control of his vehicle, crossed the center line and hit a 2005 Honda head on.

The impact reportedly sent the Honda flying 60 feet in the air before landing on it’s roof.

Both Lawing and the driver of the Honda identified as, Mary Lau Thefaine, 45, were taken to the hospital after suffering serious injuries.