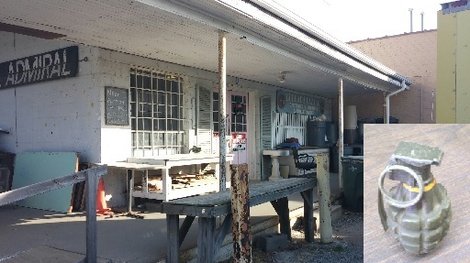 SALISBURY, N.C. — A live grenade was found at a local business in Salisbury. Salisbury Police Department says they received a call around 1:30 p.m. on Thursday from a worker at Beggar’s Bazaar on North Lee Street.

When officials arrived on scene, employees told police they were going through inventory when they found the grenade. Cabarrus County bomb squad was called to remove the grenade.

Officials say nearby businesses were evacuated for a short time but later reopened.