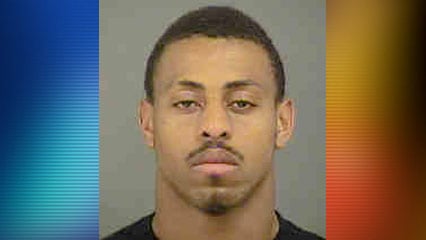 CHARLOTTE, N.C. —  Panthers Defensive End Greg Hardy has been arrested on domestic violence charges involving his girlfriend. According to police, officers were called to the 100 block of N. Tryon Street at 4:18 Tuesday morning.

A statement from police says officers spoke to the victim who said Hardy threatened and physically assaulted her. The woman told investigators she and Hardy had been in a relationship since September 2013.

Officers obtained warrants for Hardy’s arrest for Assault on a Female and Communicating Threats. Hardy turned himself in to officers Tuesday morning. He was then transferred to the custody of the Mecklenburg County Sheriff’s Office.

The Panthers released the following statement:  “We are very disappointed to learn of the allegations involving Greg and are concerned for all parties as we continue to investigate.”