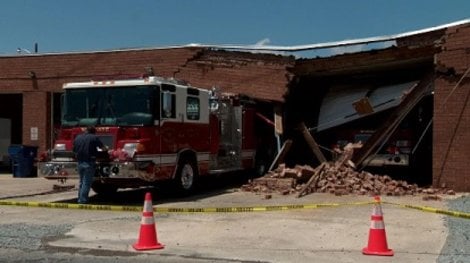 WINGATE, N.C. — At least two fire trucks were damaged when a portion of the building housing the Wingate Fire Department collapsed. Fire officials say firefighters were pulling the trucks out for maintenance Friday morning when a malfunction occurred with one of the truck’s doors. A support beam holding the roof up was knocked down causing the partial collapse.

No injuries were reported.

Union County’s building inspector has deemed a third of the building unsafe until repairs can be made. Officials said they expect the building to be safe later this evening.