Keep Fido safe in your new Toyota in N Charlotte 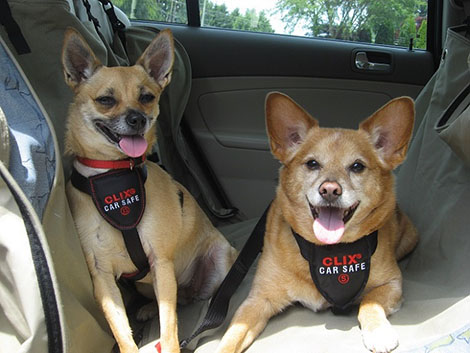 If you’ve ever been a pet owner, you know just how significant animals are. That’s why it’s so important to keep them safe when they’re inside your new Toyota near Charlotte! If you’re planning on taking a trip this summer with your beloved pet, it’s important that you know how to properly take care of Fido when you’re behind the wheel of your Toyota in N Charlotte. We’re sharing some pointers that will make your commute with Fido extremely safe!

Get your new Toyota near Charlotte safe for pets

Placing your pet in a crate is one of the safest ways to transport him. If your pet is free to roam around the cabin, it can quickly turn into a dangerous situation. If you’re not a fan of keeping Fido locked up in a crate for a lot of hours, there are also dog car harnesses that give Fido the freedom to be in the backseat without being completely secluded in a crate.

If you were to get in a car accident while coasting at 35 mph, your 60-pound dog can become a 2,700-pound projectile. This goes to show you how important it is to keep your four-legged friend secured in an area! Make sure you invest on reliable road trip materials when you head out on the road.

Traveling with four-legged friends in your new Toyota near Charlotte

Come to Toyota of N Charlotte to get more pet safety traveling tips! We’re located at 13429 Statesville Road in Huntersville. You can also give us a call at 888-883-3797 if you have any questions!

Wilson's World: The 2020 So You Think You Can Bark Fundraising Event This Friday at Knight Theater