Get to know the history of Toyota! 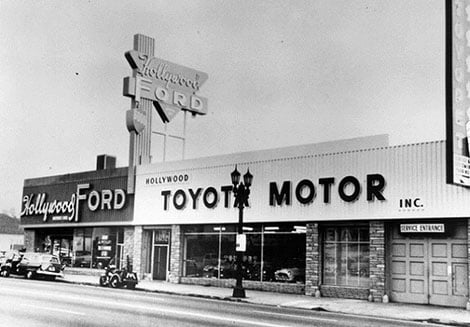 Our new Toyota in N Charlotte have extremely positive reputations, thanks to their reliability and superb quality. With over 75 years under its belt, it’s not surprising to learn that Toyota is one of the largest automotive brands in the entire world.

Toyota of N Charlotte shares the humble beginnings of Toyota

Toyota came to fruition in the 1930s. Creator Kiichiro Toyoda and his father began experimenting with auto engines in their own home. This dynamic duo eventually created a new engine, which led to the creation of the Toyota Motor Company in 1937!

Toyota first created vehicles for the Japanese military. However, this automotive company quickly gained popularity! By 1957, the new Toyota Motor Sales U.S.A. Inc. made its debut in the good ol’ USA! Toyota established its American counterpart in Hollywood, California and by 1958, new Toyota were being sold on American soil! The Toyopet Crown was the first new Toyota Japanese car sold in America, opening up doors to the whole Toyota lineup! Check out some of these highlights in the Toyota history:

Visit Toyota of N Charlotte to meet our new Toyota

As you can see, our vehicles have a rich history and a bright future ahead of them! Get to know our vehicles so you too can be part of the history of Toyota!