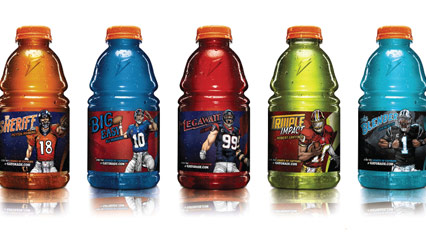 The bottles can be found nationwide and the comics are on gatorade.com.

Edge On The Clock: Thousands Apply to Become NASA Astronauts

CA Gov To States Without Stay At Home Orders: "What Are You Waiting For?"