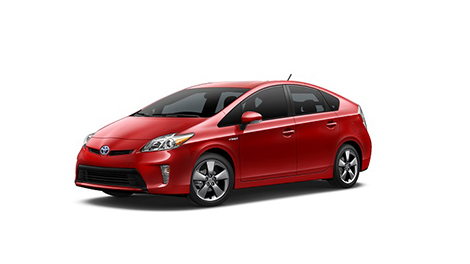 The N Charlotte Toyota Prius has always been known for being a trailblazer. This new Toyota paved the way for modern hybrid cars and continues to set the pace for the fuel-efficient and eco-friendly vehicles available on the market! This Toyota hybrid offers exceptional style, incredible fuel efficiency, and up-to-date technology.

This Toyota near Charlotte has also been named one of the most iconic cars of the last 25 years by Cars.com. There’s no denying that this Toyota hybrid is truly a pioneer as is, but this Toyota option continues to grow with each generation! Just recently, Toyota announced that a brand new Toyota Prius Persona Edition would be coming out for the 2015 model year. This special edition Toyota will bring new things to the table that have never been seen before! Find out what you can expect from this dynamic new Toyota in N Charlotte.

Toyota is known for being an automotive innovator. It’s constantly releasing special edition of its hottest vehicles and the Toyota Prius near Charlotte isn’t exempt from this! For the 2015 model year, this new Toyota hybrid near Charlotte will be getting a special edition version. Here’s the scoop on what you can expect from this new Toyota when it hits stores this fall:

Come check out the 2014 Toyota Prius near Charlotte!

Like we said, this special edition Toyota won’t arrive to our dealership until the fall! However, we have the 2014 model year of this best-selling at our Toyota dealership. This hybrid car boasts over 50 mpg combined, which means you’ll be able to save tons of money at the pump! This Toyota hybrid also offers the latest technology—all for a starting MSRP of $24,200!