The 2015 Toyota Highlander arrives at Toyota of N Charlotte 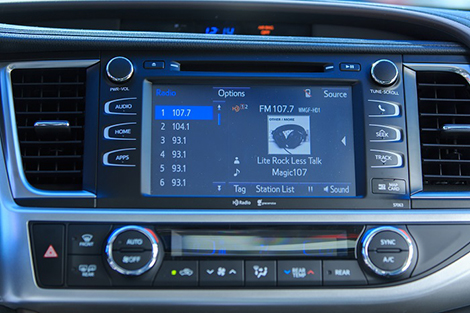 If you’re in the market for a stylish and efficient family-friendly vehicle, you might think that finding it will be close to impossible. However, we think that it’s not hard at all if you’ve taken a look at the 2015 Toyota Highlander near Charlotte! This Toyota is the best of both worlds and it’s made its debut at our new Toyota dealership. What can we expect from the 2015 model year of this fan-favorite? We’re giving you the inside scoop on the 2015 Toyota Highlander.

New Toyota Highlander in N Charlotte is a stylish ride

When people think of family vehicles, they tend to think about dowdy cars with no flair. Clearly, they’ve never met the new Toyota Highlander in N Charlotte! This Toyota SUV is notorious for being sleek and stylish while being the perfect ride for larger families. The 2015 model of this fan favorite remained mostly the same, as 2014 brought on many changes to this new Toyota near Charlotte. Here are some stylish features you can find on this Toyota SUV:

Keeping the family entertained when you’re carting them around town is no easy feat. When you bring this vehicle home, however, keeping the kiddos silent and the older children entertained is easier than ever!