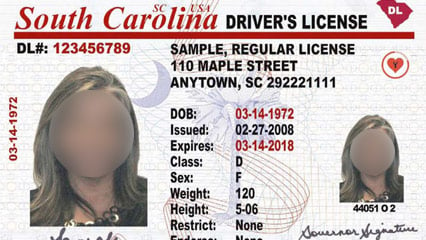 COLUMBIA, S.C. An organization that supports transgender rights is planning to sue South Carolina after the state wouldn’t issue a driver’s license to a 16-year-old boy unless he took off his makeup.

The Transgender Legal Defense & Education Fund said it will file a federal lawsuit against the South Carolina Department of Motor Vehicles on Tuesday. The boy, Chase Culpepper, his mother and the director of the fund also plan to talk to reporters in Columbia.

The DMV wouldn’t let Culpepper wear his makeup for the photo because of a policy that bans license pictures when someone is purposefully altering his appearance.

The fund says that rule is unconstitutional because it is too vague and lets DMV employees arbitrarily decide how someone should look.