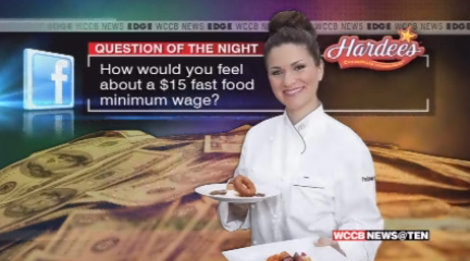 There’s no real way to know the numbers, but there may have been thousands of fast food workers to walk off the job around the country Thursday.  And at least a few dozen here in Charlotte.  They went on strike, hoping to force fast food companies to raise their minimum wage to $15 per hour.  They say the current minimum wage of $7.25 an hour just doesn’t provide enough to live on.

Of course, some people argue that it’s not intended to.  That low-paying fast food jobs aren’t supposed to be career positions.  And that raising the wages would drive up costs all around, including on the menu.

So what do you guys think of a $15 fast food wage?