Tailgate this season with our Charlotte used cars 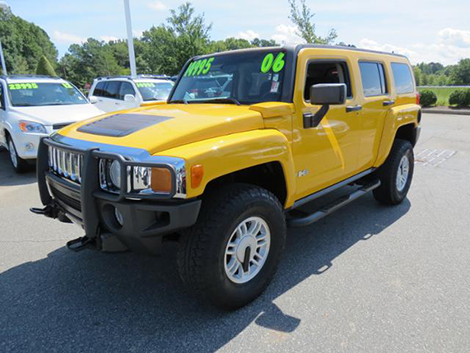 Fall is in full swing and one of the things that make us think about fall (other than bright leaves) is football! This sport is quickly overtaking baseball as America’s past time and we can understand why. Watching football is truly a cultural thing and we’re pretty sure a majority of you like to spend your Sunday afternoon cheering on for your team!

Due to the popularity of this sport, tailgating has become a bit more popular! If you don’t have a vehicle that’s tailgating-friendly, don’t fret! We have some used cars in Charlotte that work perfectly on those game-filled Sundays! Take a look at some of our tailgate-friendly used cars.

It doesn’t matter which team you root for (though we’re partial to the Carolina Panthers), tailgating is a feel-good activity that helps you mingle with football fans! Some of our cheap used cars in Charlotte are the perfect rides for you to get your tailgating on! Check out these party-ready pre-owned cars and start planning your tailgating adventure of the season.

Get your tailgate on with our used cars!

We have a wide variety of pre-owned cars waiting for you! Visit us today at 13429 Statesville Road to get ready to tailgate!