Hit up a corn maze this fall in the 2015 Toyota Sienna! 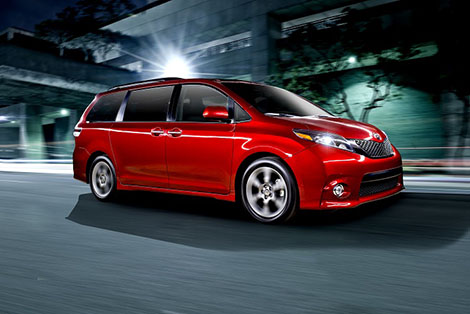 Going on family trips is always a fun adventure! Now that fall has officially arrived, you can go on family adventures that are unique to the season. For example, you can gather your crew and make your way to a corn maze! However, if you don’t have a vehicle that will get you to the maze and back safely, you do need to get behind the wheel of safe ride! Luckily, the 2015 Toyota Sienna in N Charlotte has arrived at our Toyota dealership and we couldn’t be more excited. Check out why this Toyota is perfect to take your clan to some fall fun!

2015 Toyota Sienna near Charlotte is sophisticated!

You would think that a minivan wouldn’t be stylish, but you’d be wrong. The Toyota Sienna in N Charlotte is one of the sleekest family cars available on the market. This is especially true of the 2015 model year, as it received a refresher. What are some things that make this new Toyota different from the rest of the family-friendly rides?

Getting behind the wheel of the 2015 Toyota Sienna near Charlotte, you’ll be amazed at how adaptable this ride is. That’s one of the main reasons that make this minivan so family-friendly is the fact that it offers features that make your life so much simpler. You’ll definitely need versatility when you hit up one of the many mazes that are in NC!