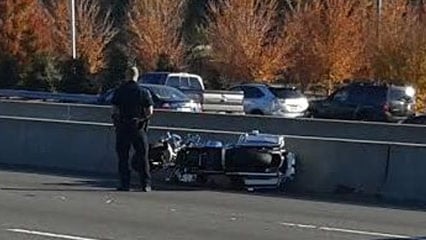 The officer was driving inbound on Independence Boulevard near Albemarle when he struck an air conditioning unit that was in the middle of the road.

The officer was taken to CMC with injuries but is expected to recover.

Two inbound lanes on Independence Boulevard are open at this time.  There is major congestion in the area.  Use alternate routes.