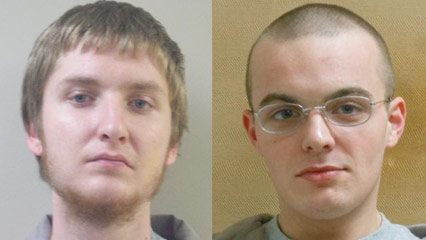 Jacob Pilkington and Frankie Noles were prisoners at the Morrison Correctional facility serving time for breaking and entering charges.

Officials believe the suspects jumped a fence at the prison around 10pm Sunday.

Pilkington was serving a five month to three year sentence for felony breaking and entering, among other charges.  His projected release date was November 2015.  He has ties to Rowan County.

Noles was serving a six month to two year sentence for felony breaking and entering, among other charges.  His projected release date was December 2015.  He has ties to McDowell County.

Anyone with information on the whereabouts of these prisoners is asked to call 911 immediately.