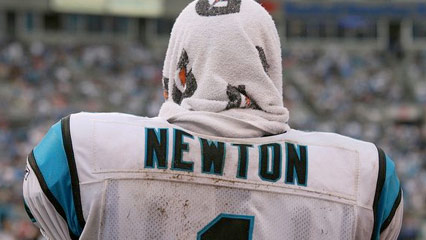 The person who hacked the account seemed to have a sense of humor.  Posts read, “I wanna get signed to a good team” and “I wanna get released @panthers”.