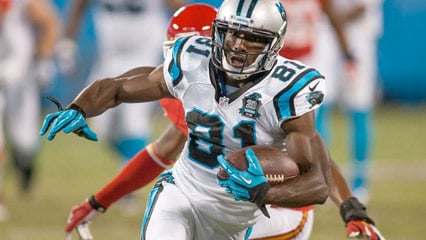 Head Coach Ron Rivera said they want to see more of rookie Philly Brown and needed to let Avant go so Brown can get more opportunities to be on the field.

Brown caught a 47 yard touchdown pass in the Panthers loss to the Falcons.  The Panthers called up receiver De’Andre Presley from the practice squad.

The Panthers also placed right tackle Nate Chandler on injured reserve after he torn his meniscus in his right knee.

The Cats have the week off but will return for action on Sunday, November 30th as they travel to Minnesota to face the Vikings.