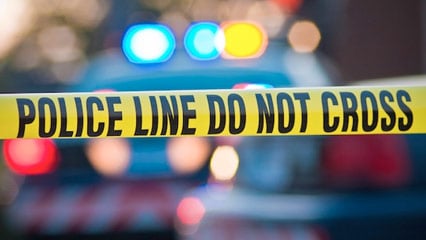 ANSON COUNTY, N.C. — Anson County Sheriff’s officers are still investigating an apparent murder-suicide involving a small child that occurred Monday afternoon. Deputies were called to a residence on Horne Store Road where they discovered a deceased male with a gunshot wound to the head. Sheriff’s also found a nearly three year old female deceased with no obvious signs of physical injuries. Anson County Sheriff Tommy Allen acknowledged a note that was found with the adult indicates a murder-suicide. The deceased male was identified as George Rufus Harris III. Harris was a wanted sex offender from Kentucky. The child was only identified by name as Kenya and Sheriff Allen says that she would have been three in January. Six or seven other adults are said to live at the residence as well as at least four other small children. The Department of Social Services and the Health Department are conducting an inspection of the living conditions of the small children. Sheriff Allen described the conditions as”horrid”, and “the worst he had seen in 30 plus years of law enforcement.” Sheriff Allen states that there currently is no motive for the killing of the little girl, and that a report will be submitted to the District Attorney’s office at the conclusion of the investigation.